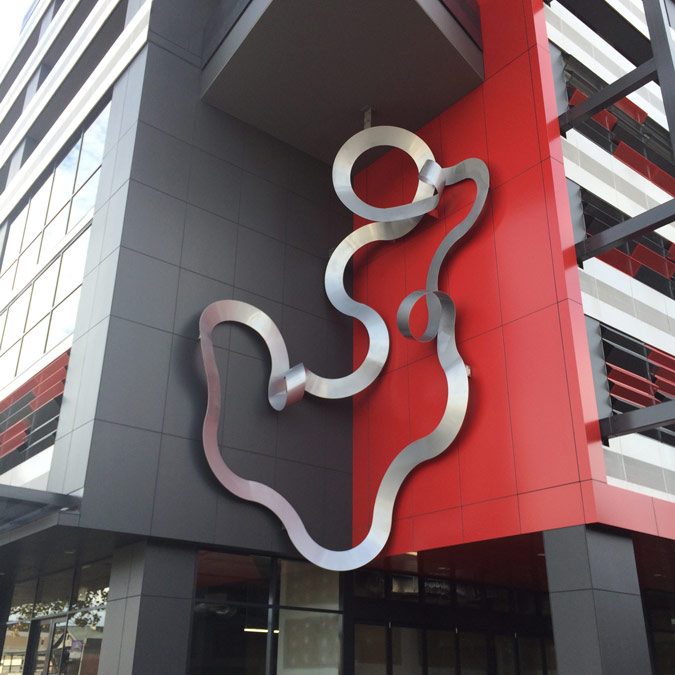 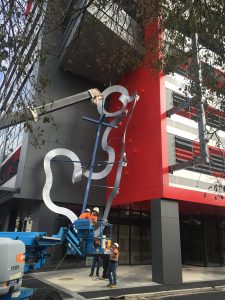 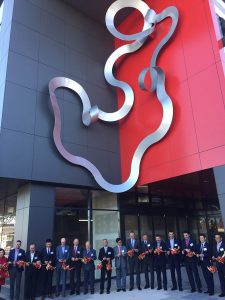 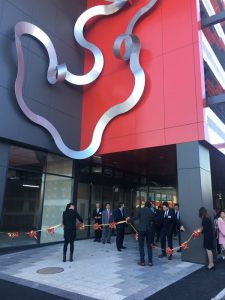 Dancing ribbon was completed in April 2017 for Brown
Falconer architects.

The artwork concept and design responds to the
architecture of the building and its linear and angular
forms. The sculpture makes reference to energy,
movement and organic shapes while
alluding to the dancing ribbons used in the Chinese
traditional performance art. The artwork was designed
with night lighting to emphasise movement and
shadows, however due to budget restriction it was
abandoned by the commissioner. 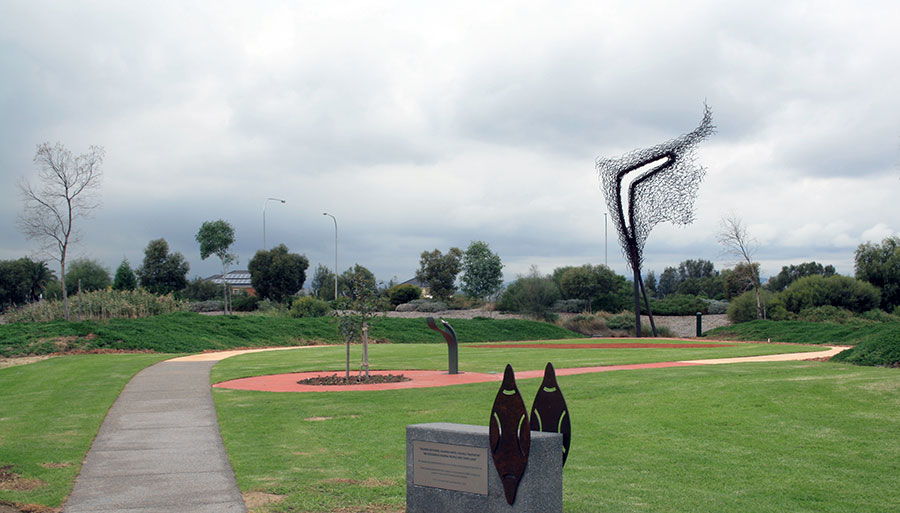 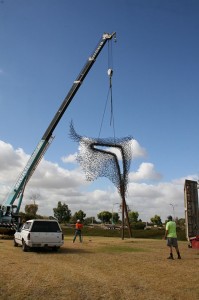 A highly prominent sculpture resembles a net or a flock of birds suspended in the sky.

The hollow part within the net suggests that boomerang has flown through. The concept is based on the traditional Kaurna hunting practice:

“String nets were tied between trees. A hunting boomerang was thrown high in the air to imitate a hawk or eagle and people would frighten a flock of birds from a nearby waterhole. Boomerangs were then thrown amongst the frightened flock of birds in the hope of hitting some of the birds.”

The art work is located between two landscaped mounds and the site consists of accessible paths, a large circular performance space, a ceremonial platform with a local flora focus area and a drinking water fountain. The site incorporates text in Kaurna and English languages, as well as a time capsule.

Together woven is a focused space that proudly promotes the Kaurna culture and the community’s aspiration for a better understanding of our complex history and our environmental and social responsibilities.